Kona – Ironman World Championships (finally a post is up!)

They say a picture is worth a thousand words, and since it has taken me so long to do this, I figured that it’d be better to get across 20,000 words with 20 pictures from the trip.  Besides, if I wait much longer, it’ll be time to get out the 2015 race wheels! 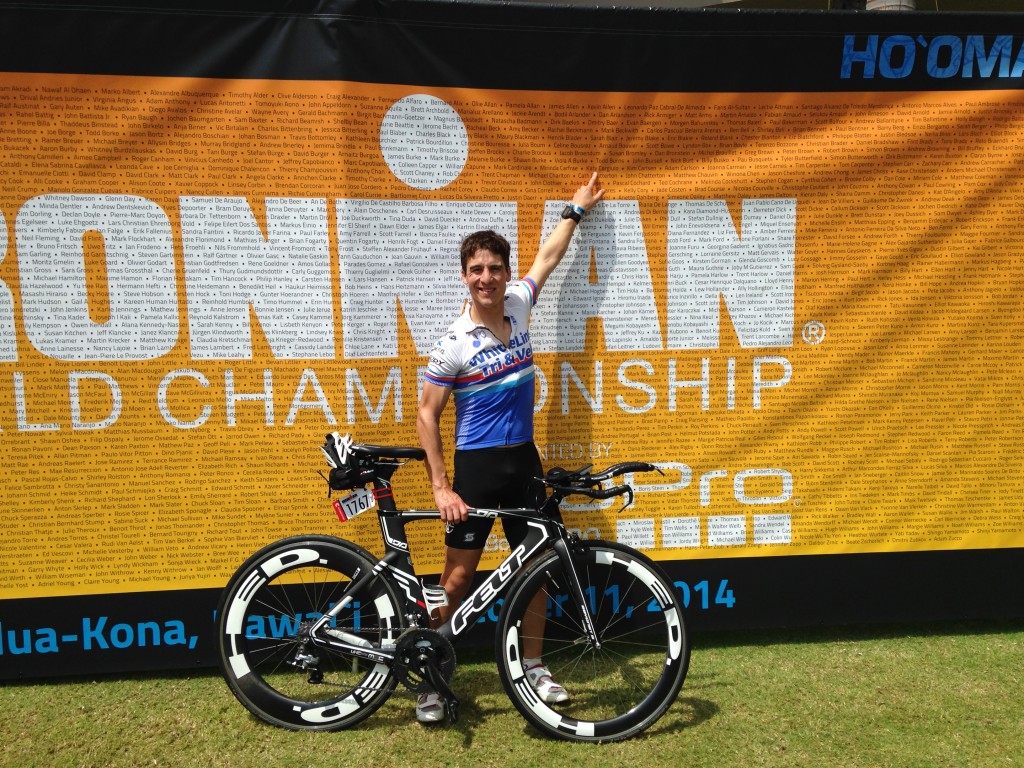 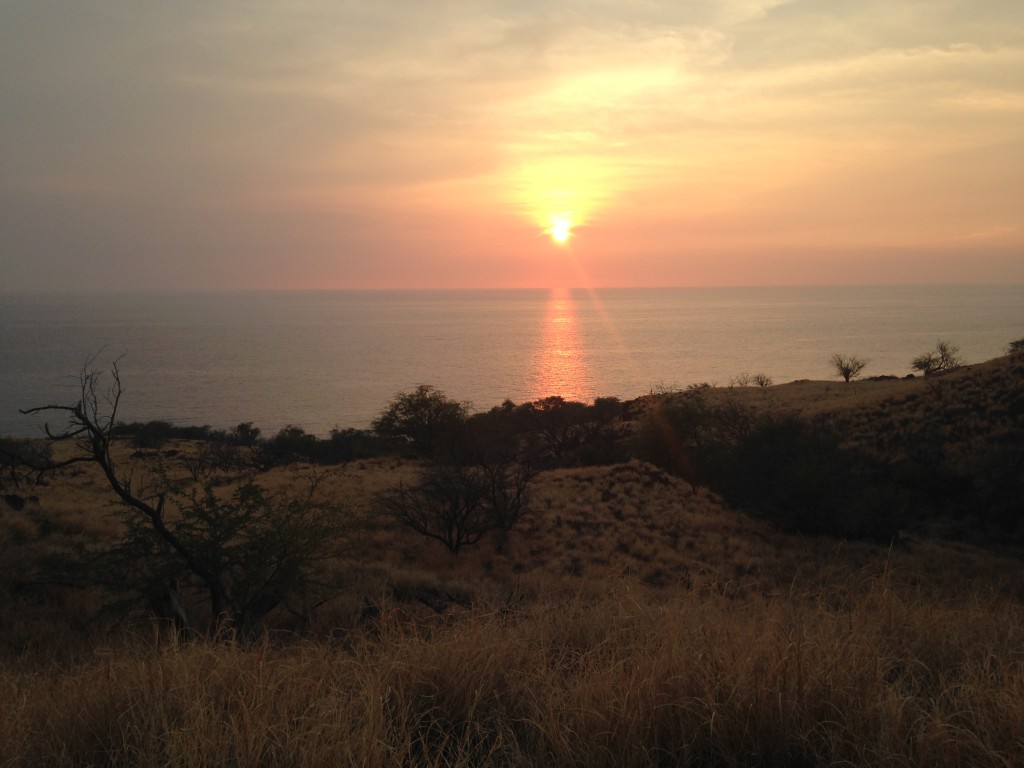 I did a practice ride up to Hawi a few days before the race,  hoping to get some practice in the infamous crosswinds. Instead it was just calm and quite beautiful. 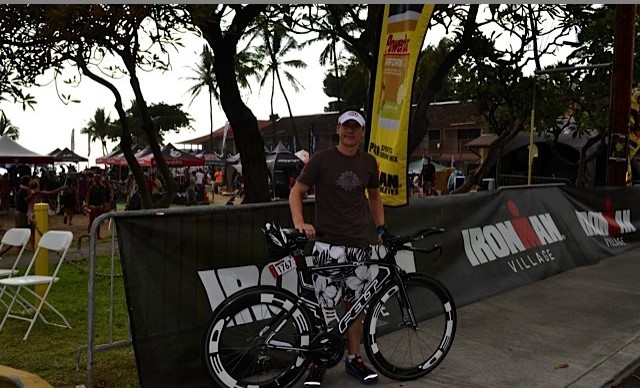 Checking my bike in the day before the race

Kailua Bay – All set up for race day 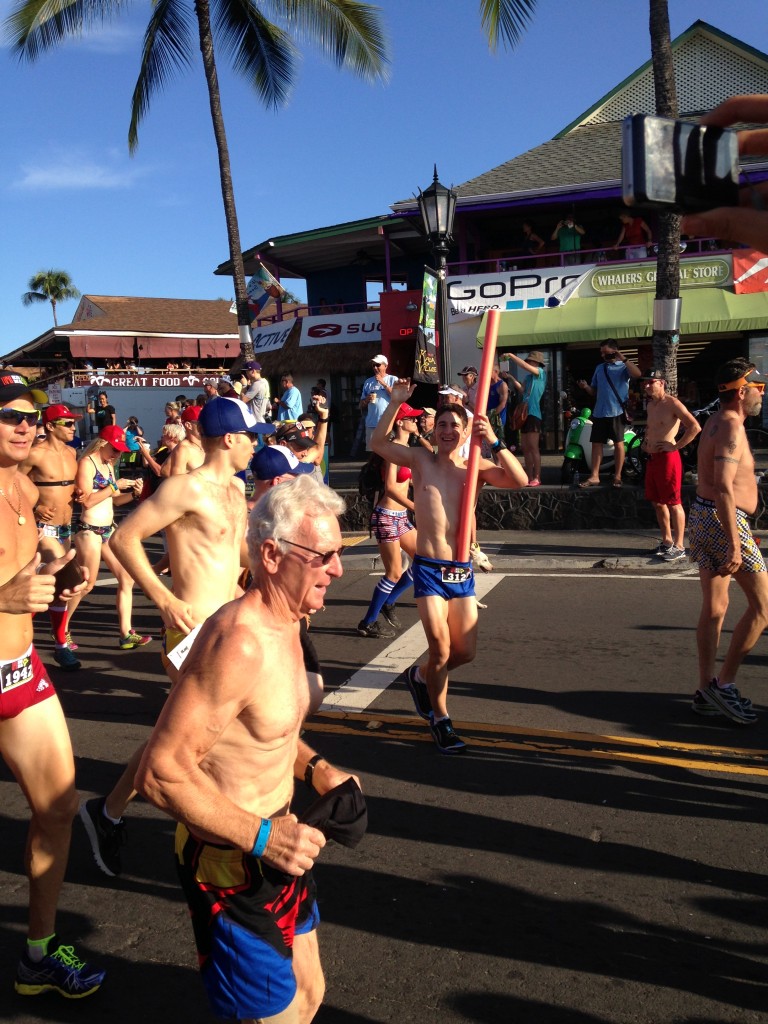 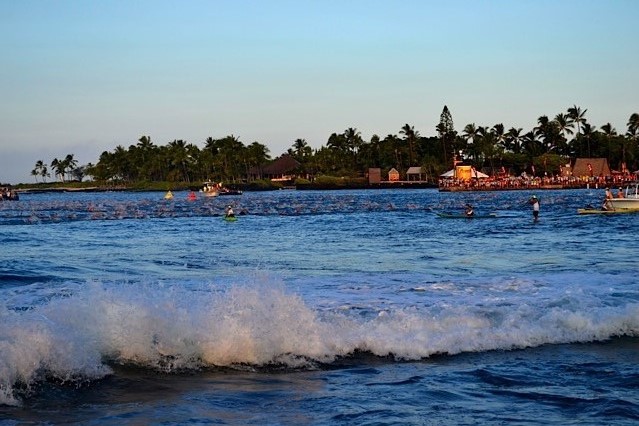 Race Morning – Swim Start; The conditions in Kailua Bay were some of the roughest in more than 10 years 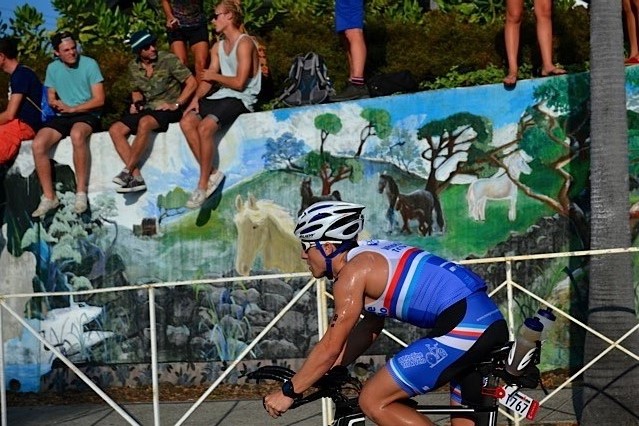 Headed out on the bike 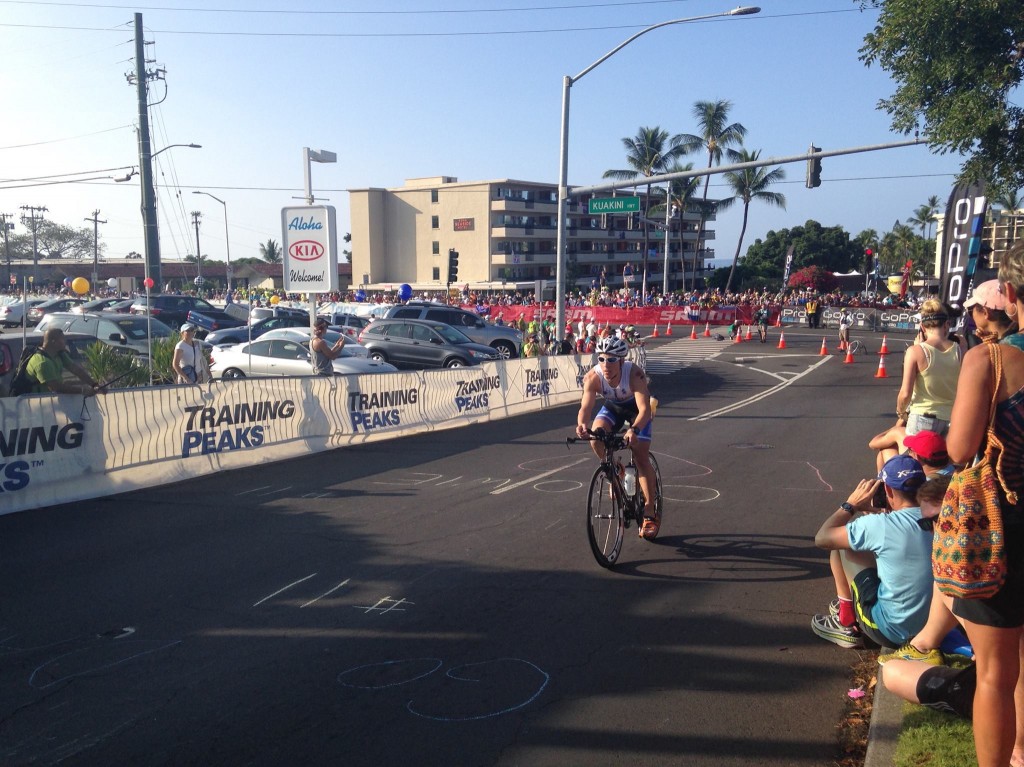 Getting ready to head out onto the Queen K 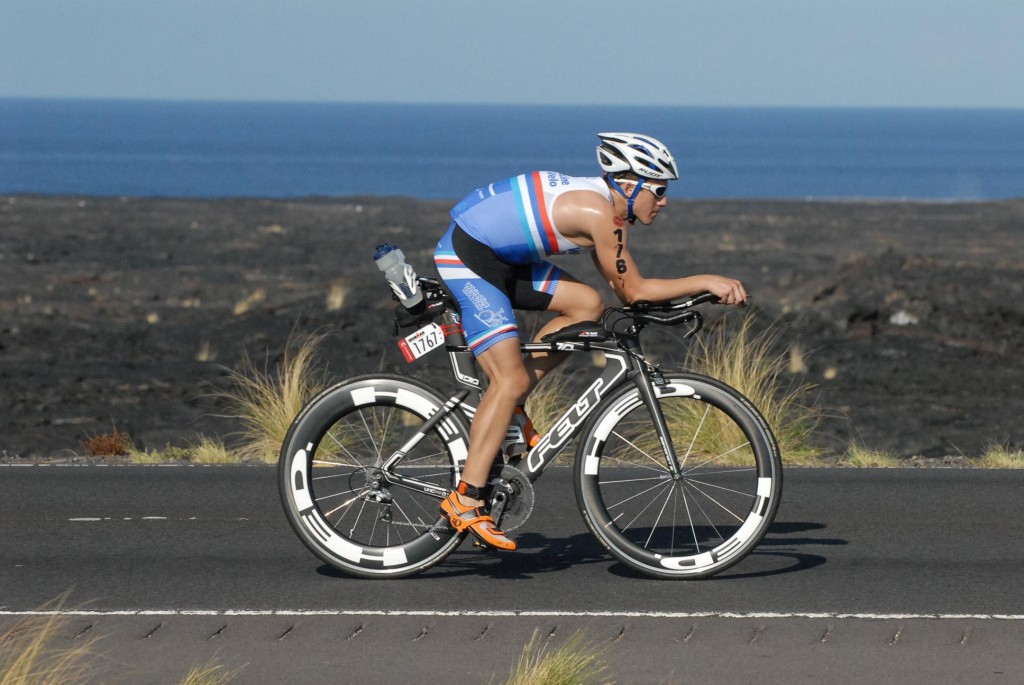 Out on the Queen K: After the race, I was told by a few Kona “veterans” that It was the windiest year since 1992 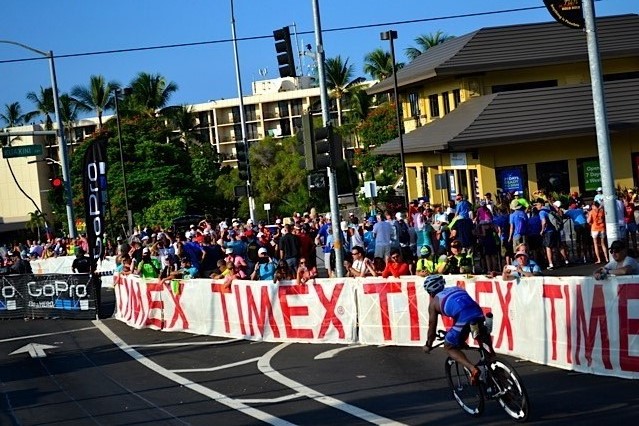 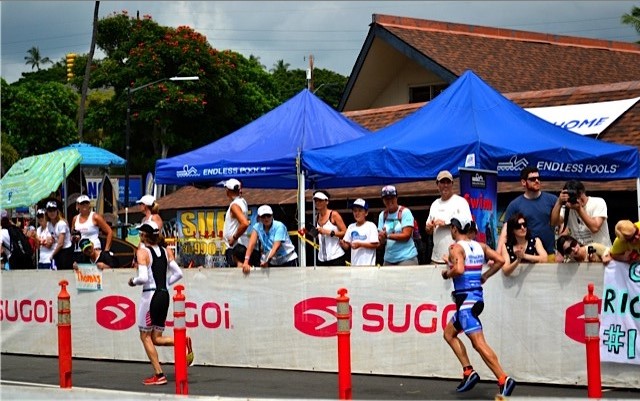 Leaving transition and getting ready for the 26.2 miles of running… 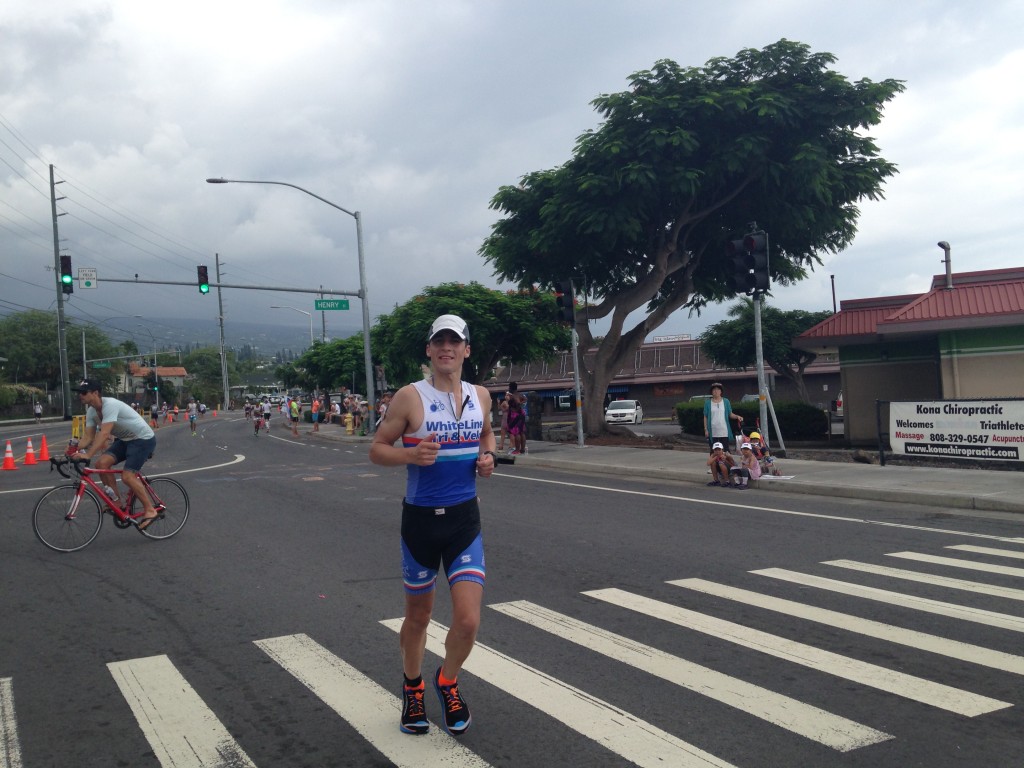 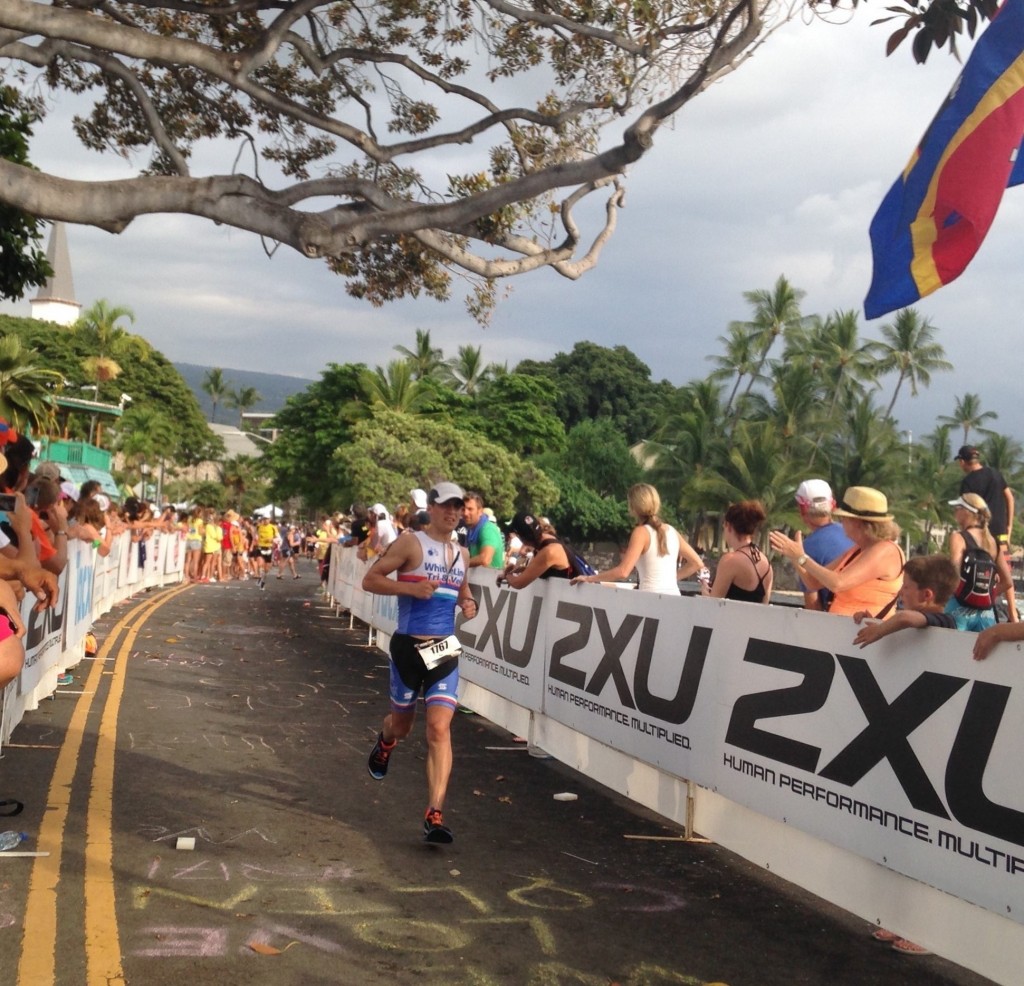 Run Finish. If you can’t tell by the expression on my face, I was really hurting… 20+ miles of running with chills and goosebumps – the dehydration had gotten the best of me.
Overall time – 9:51

Now time for some post-race fun!… 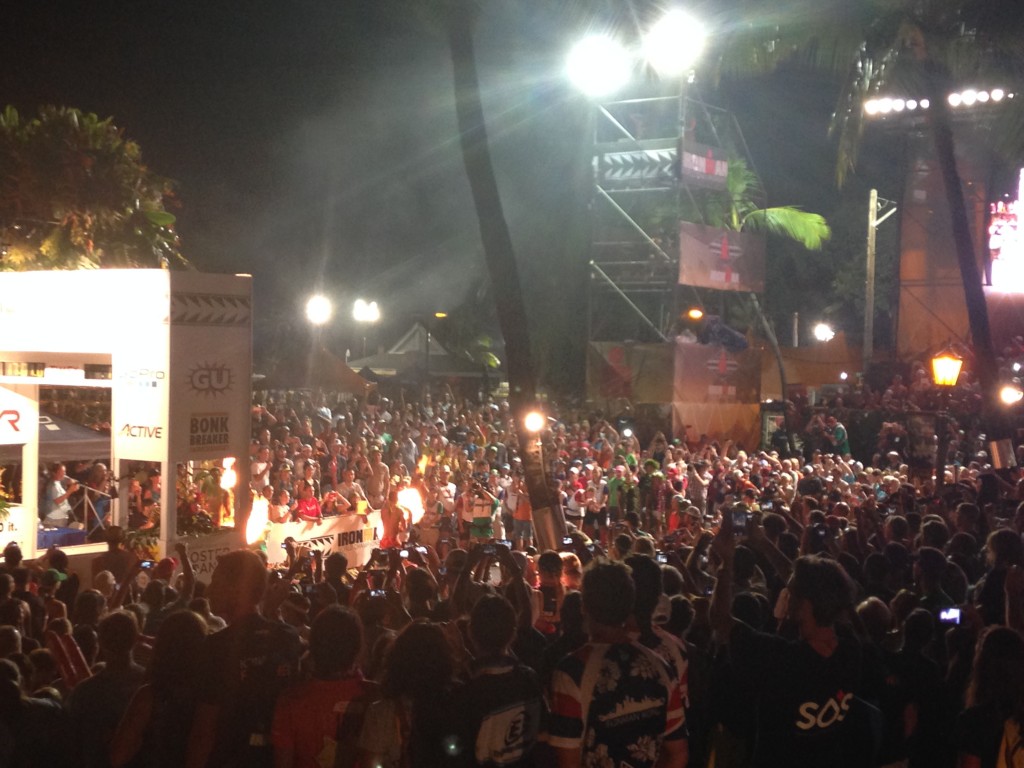 Finish line at midnight; it was quite the party! 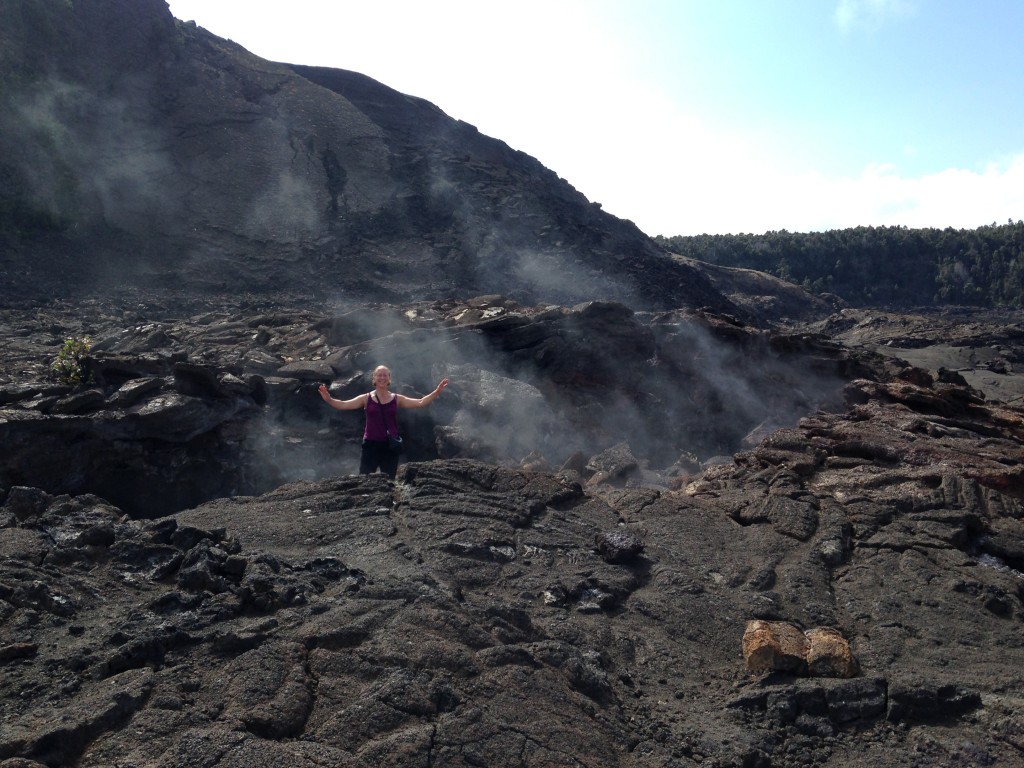 Alice in a 30+ year old crater at Volcanos National Park 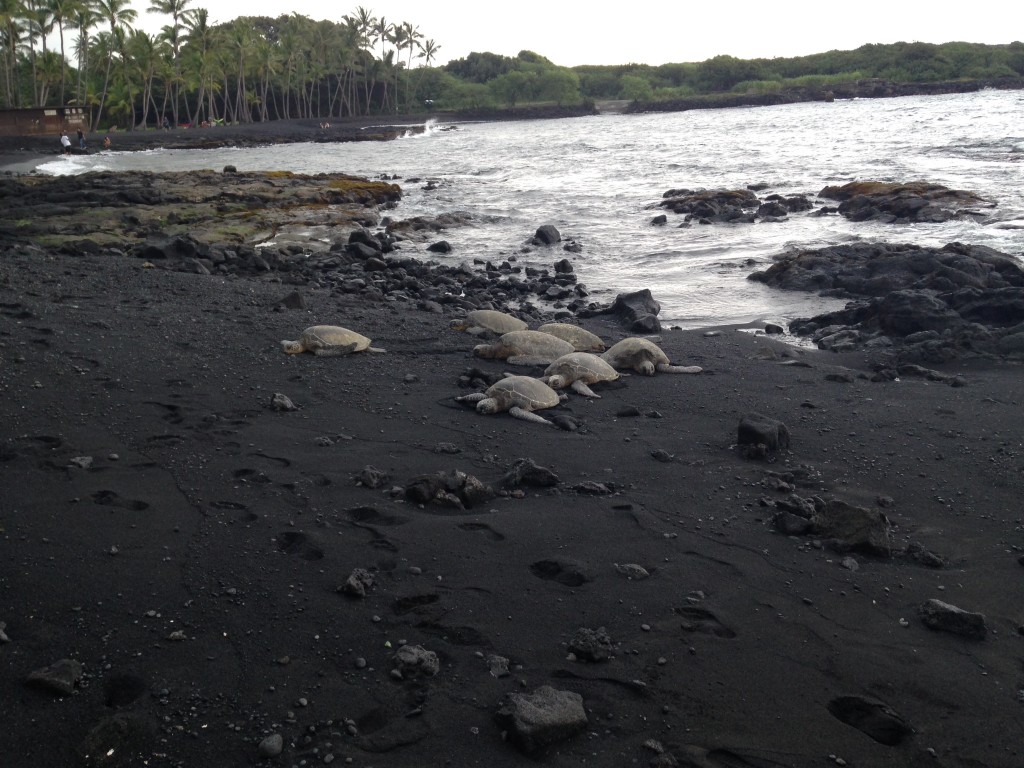 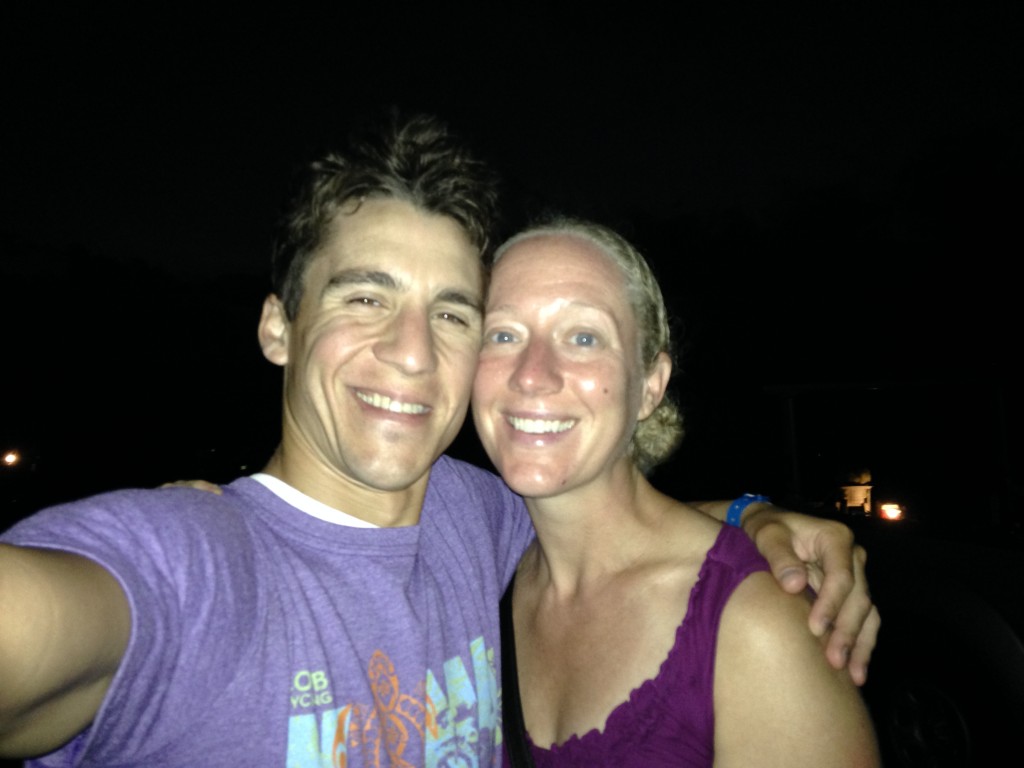 Todd & Alice at the most southern point in the US 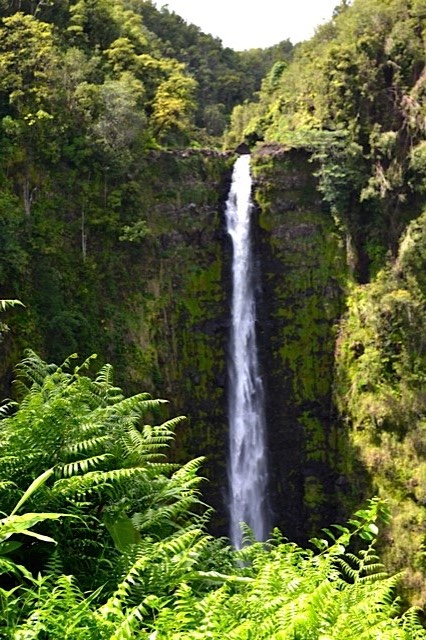 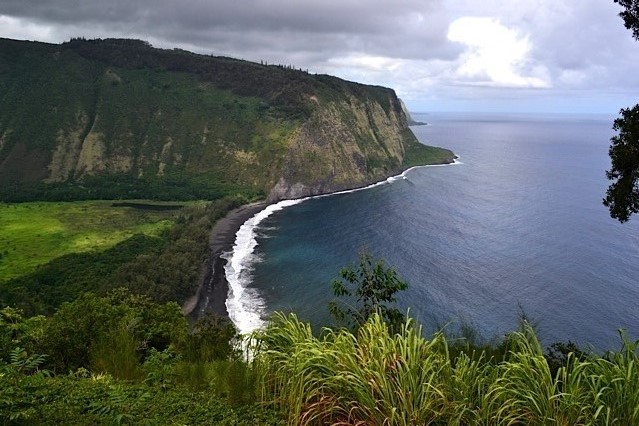 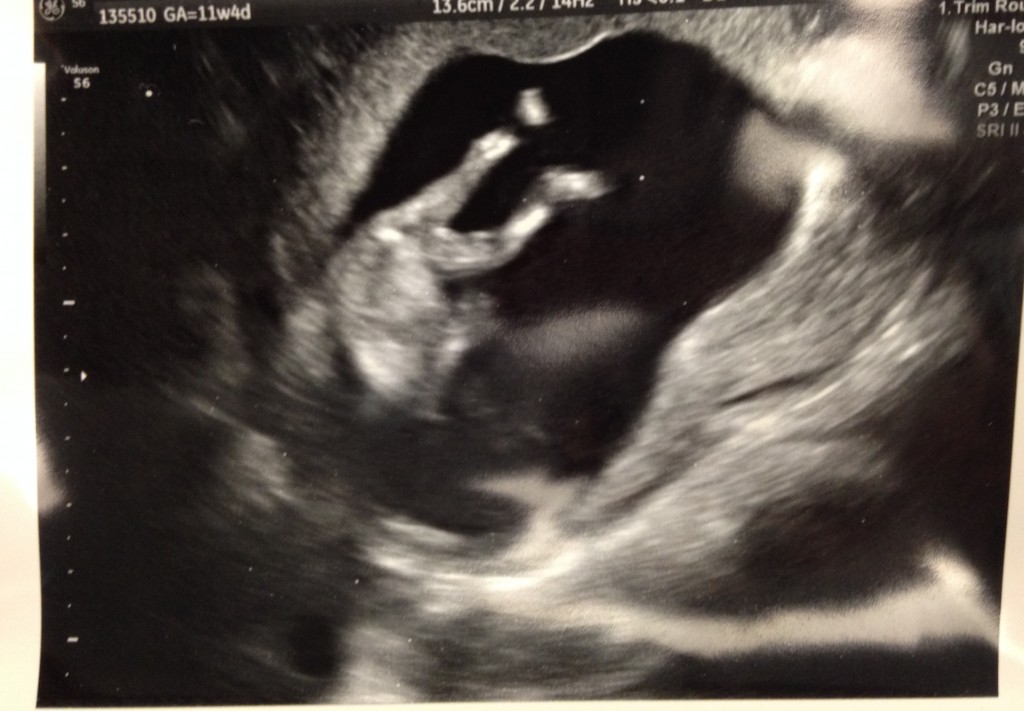 Perhaps the most exciting part of this posting:  Alice and I are pregnant! “Gavin” is due in May 2015. And by the pictures we’ve seen of him doing somersaults, he may have some athletic skills himself 🙂

A super big THANKS to Alice, my parents, and my sister for making the trip to Kona to watch and help me out.

And of course, the successes of the 2014 season couldn’t have been possible without the support of my awesome sponsors this year, GU Energy, Amino Vital, and Xterra wetsuits, and guidance (plus some butt kicking) from Coach Jenny.